Check all the details related to the latest news released by NRA.

As announced in the Budget 2022-23, an organization will be an independent, Specialist, and professional organization for conducting the Computer-based eligibility test for the recruitment of Non-Gazetted posts. That professional body will be known as National Recruitment Agency (NRA). The Common Eligibility Test will be conducted for shortlisting the candidates for certain categories of posts in Central Government which was previously done by IBPS (Institute of Banking & Personnel Selection), RRB (Railway Recruitment Board), SSC (Staff Selection Commission).

You can also check:

According to the notice, the CET exam will be conducted by NRA (National recruitment Agency) to screen out candidates on the basis of their marks scored. Specialized tests will be conducted by the recruitment agencies such as IBPS, SSC, and RRB for the final selection of various posts in the central government department. As per the latest update an expert advisory committee has been set up by NRA to recommend the common syllabus and scheme for CET. 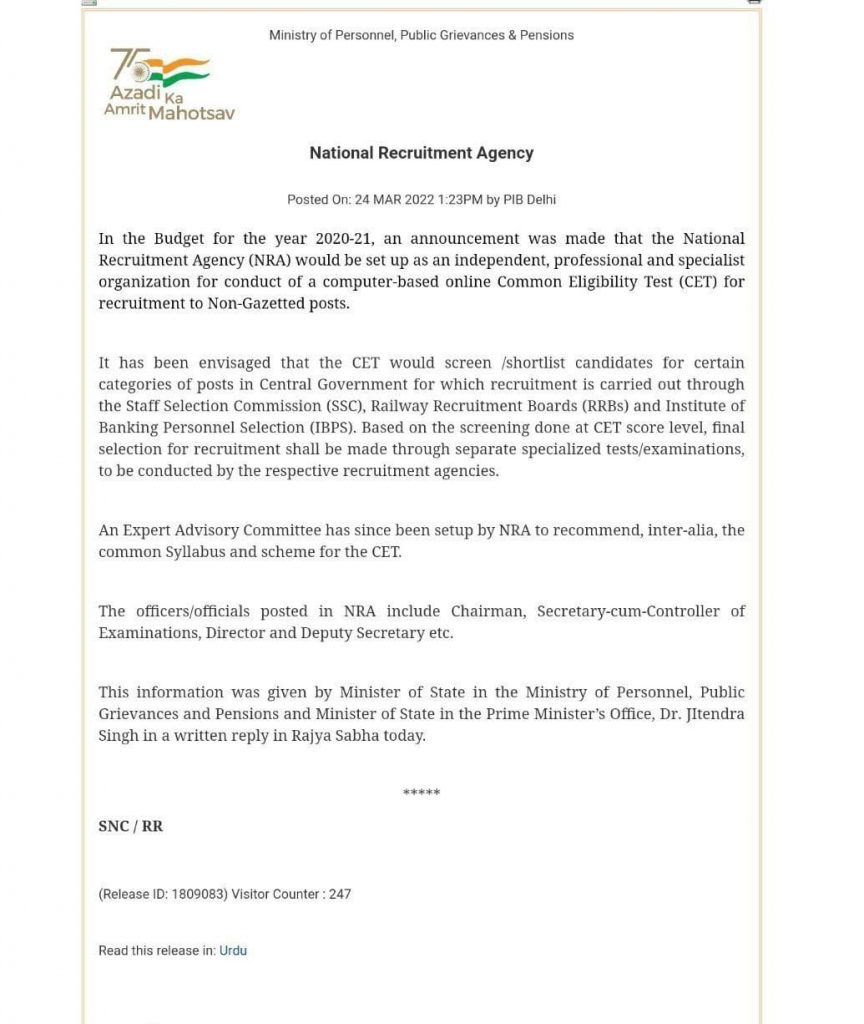