Here is the information about NCERT Class 12 Books Biology Chapter 10. You can give a read to this blog and get PDFs of the subject.

Here, you can learn the NCERT Class 12 Books Biology Chapter 10- Microbes in Human Welfare. Moreover, you can get the links for other Chapter 10s to download the links.

Besides macroscopic plants and animals, microbes are the major components of biological systems on this earth.

Please fill the name
Please enter only 10 digit mobile number
Please select course
Please fill the email
Something went wrong!
Download App & Start Learning
You have studied about the diversity of living organisms in Class XI. Do you remember which Kingdoms among the living organisms contain micro-organisms? Which are the ones that are only microscopic? Microbes are present everywhere – in soil, water, air, inside our bodies and that of other animals and plants. They are present even at sites where no other life-form could possibly exist–sites such as deep inside the geysers (thermal vents) where the temperature may be as high as 1000C, deep in the soil, under the layers of snow several metres thick, and in highly acidic environments. Microbes are diverse–protozoa, bacteria, fungi and microscopic animal and plant viruses, viroids and also prions that are proteinacious infectious agents. Some of the microbes are shown in Figures 10.1 and 10.2.

Microbes like bacteria and many fungi can be grown on nutritive media to form colonies (Figure 10.3), that can be seen with the naked eyes. Such cultures are useful in studies on micro-organisms.

In chapter 8, you have read that microbes cause a large number of diseases in human beings. They also cause diseases in animals and plants. But this should not make you think that all microbes are harmful; several microbes are useful to man in diverse ways. Some of the most important contributions of microbes to human welfare are discussed in this chapter.

You would be surprised to know that we use microbes or products derived from them everyday. A common example is the production of curd from milk. Micro-organisms such as Lactobacillus and others commonly called lactic acid bacteria (LAB) grow in milk and convert it to curd. During growth, the LAB produce acids that coagulate and partially digest the milk proteins. A small amount of curd added to the fresh milk as inoculum or starter contain millions of LAB, which at suitable temperatures multiply, thus converting milk to curd, which also improves its nutritional quality by increasing vitamin B12. In our stomach too, the LAB play very beneficial role in checking diseasecausing microbes.

The dough, which is used for making foods such as dosa and idli is also fermented by bacteria. The puffed-up appearance of dough is due to the production of CO2 gas. Can you tell which metabolic pathway is taking place resulting in the formation of CO2 ? Where do you think the bacteria for these fermentations come from? Similarly the dough, which is used for making bread, is fermented using baker’s yeast (Saccharomyces cerevisiae). A number of traditional drinks and foods are also made by fermentation by the microbes. ‘Toddy’, a traditional drink of some parts of southern India is made by fermenting sap from palms. Microbes are also used to ferment fish, soyabean and bambooshoots to make foods. Cheese, is one of the oldest food items in which microbes were used. Different varieties of cheese are known by their characteristic texture, flavour and taste, the specificity coming from the microbes used. For example, the large holes in ‘Swiss cheese’ are due to production of a large amount of CO2 by a bacterium named Propionibacterium sharmanii. The ‘Roquefort cheese’ are ripened by growing a specific fungi on them, which gives them a particular flavour.

Even in industry, microbes are used to synthesise a number of products valuable to human beings. Beverages and antibiotics are some examples. Production on an industrial scale, requires growing microbes in very large vessels called fermentors (Figure 10.4).

Microbes especially yeasts have been used from time immemorial for the production of beverages like wine, beer, whisky, brandy or rum. For this purpose the same yeast Saccharomyces cerevisiae used for bread-making and commonly called brewer’s yeast, is used for fermenting malted cereals and fruit juices, to produce ethanol. Do you recollect the metabolic reactions, which result in the production of ethanol by yeast? Depending on the type of the raw material used for fermentation and the type of processing (with or without distillation) different types of alcoholic drinks are obtained. Wine and beer are produced without distillation whereas whisky, brandy and rum are produced by distillation of the fermented broth. The photograph of a fermentation plant is shown in Figure 10.5.

Antibiotics produced by microbes are regarded as one of the most significant discoveries of the twentieth century and have greatly contributed towards the welfare of the human society. Anti is a Greek word that means ‘against’, and bio means ‘life’, together they mean ‘against life’ (in the context of disease causing organisms); whereas with reference to human beings, they are ‘pro life’ and not against. Antibiotics are chemical substances, which are produced by some microbes and can kill or retard the growth of other (disease-causing) microbes.

You are familiar with the commonly used antibiotic Penicillin. Do you know that Penicillin was the first antibiotic to be discovered, and it was a chance discovery? Alexander Fleming while working on Staphylococci bacteria, once observed a mould growing in one of his unwashed culture plates around which Staphylococci could not grow. He found out that it was due to a chemical produced by the mould and he named it Penicillin after the mould Penicillium notatum. However, its full potential as an effective antibiotic was established much later by Ernest Chain and Howard Florey. This antibiotic was extensively used to treat American soldiers wounded in World War II. Fleming, Chain and Florey were awarded the Nobel Prize in 1945, for this discovery.

After Penicillin, other antibiotics were also purified from other microbes. Can you name some other antibiotics and find out their sources? Antibiotics have greatly improved our capacity to treat deadly diseases such as plague, whooping cough (kali khansi), diphtheria (gal ghotu) and leprosy (kusht rog), which used to kill millions all over the globe. Today, we cannot imagine a world without antibiotics. 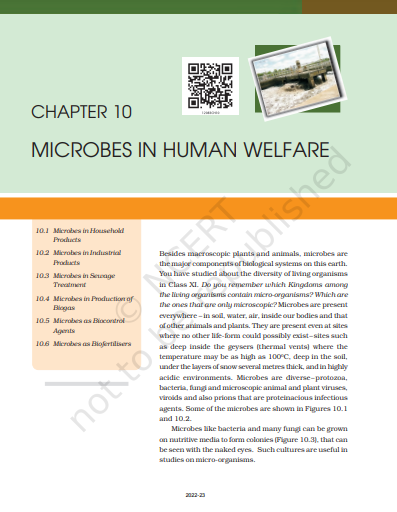 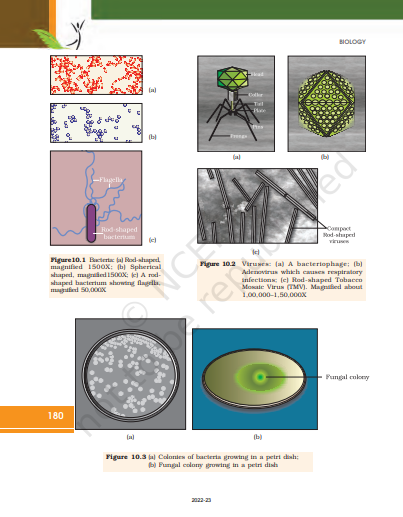 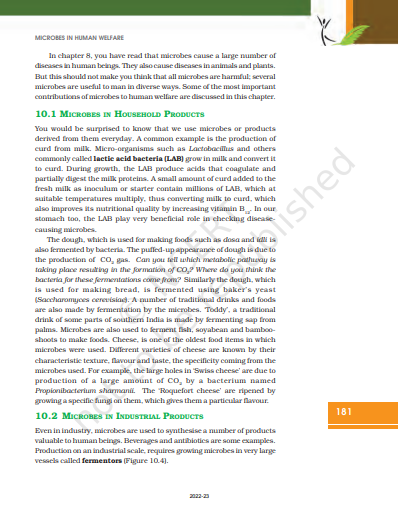 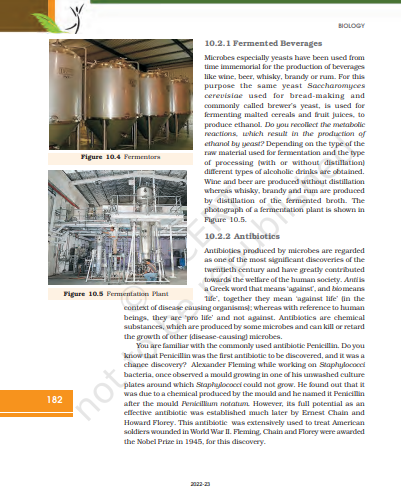 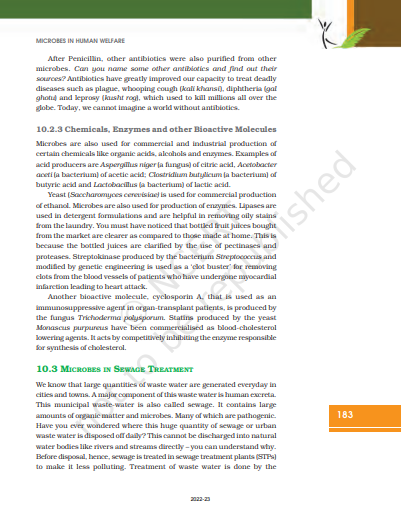 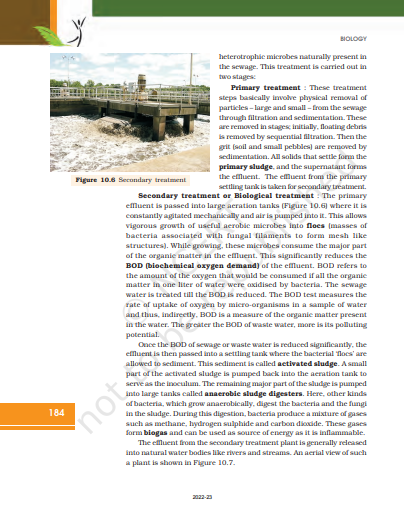 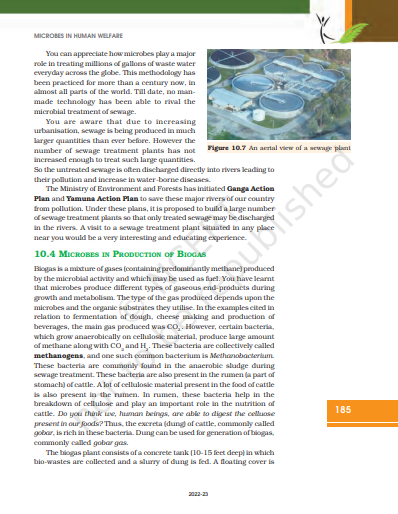 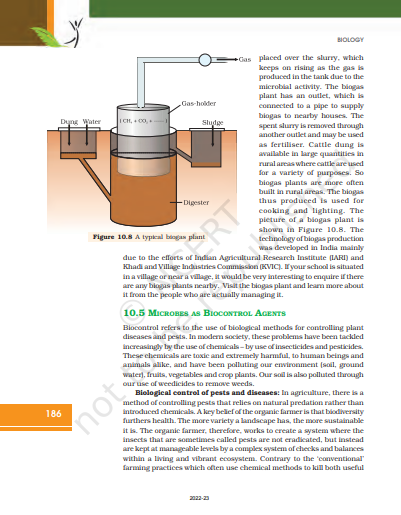 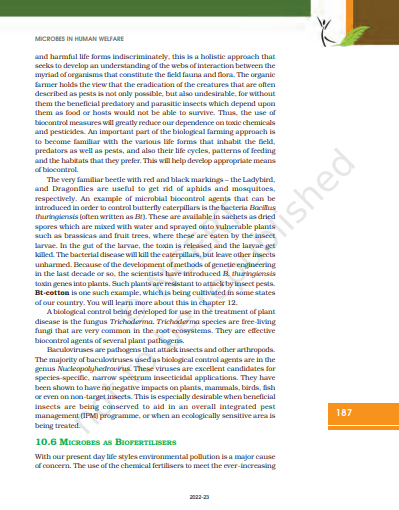 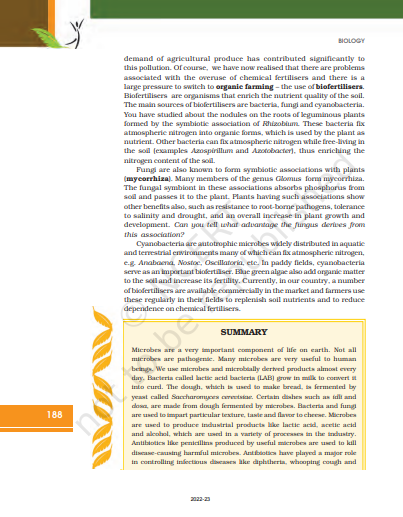 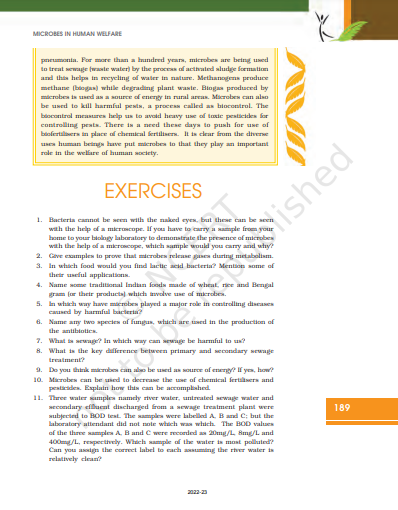 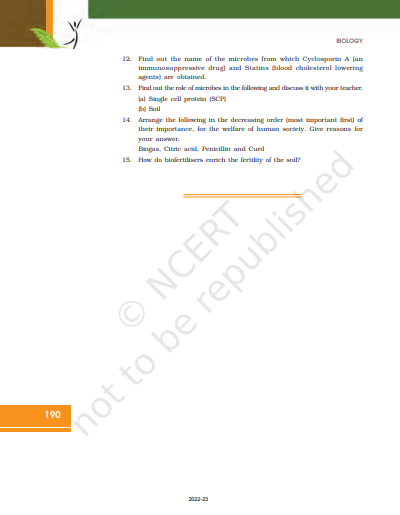 Safalta provides the latest NCERT course books for all the major subjects of Class 12. A team of proficient teachers drafts these matters in a precise and thorough manner. You can download the PDFs for all the subjects in a Chapter 10-wise format.

These Books are very effective in preparing for annual exams. Here is the PDF for NCERT Class 12 Books Biology Chapter 10- Microbes in Human Welfare.

Where can you download NCERT Class 12 Books Biology Chapter 10 PDF?

Candidates can download NCERT Class 12 Books Biology Chapter 10- Microbes in Human Welfare PDF for free on our page. Links are given below.

The Chapter 10 in CBSE Books for Class 12 Biology are vital for board exams and higher classes. Students should read the Unit given in the CBSE books for Class 12 Science. These stories and practice questions can help gain excellent marks.