How many non-null subsets does the set of odd composite numbers between 1 and 100 have? 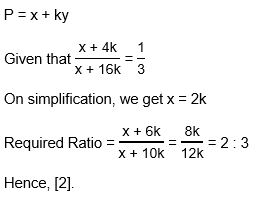 5. Two identical circles are as shown below. Find the area of the shaded region. 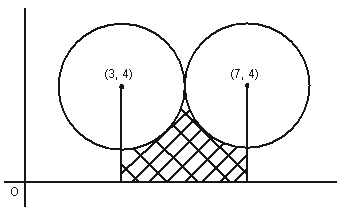 8. A tank has an inlet pipe attached to it. The inlet pipe can fill the tank such that the tank could be completely filled at 10 AM if it is opened in the morning of the same day. However, the pipe had a leak, which was not noticed. As a result of the leak, the tank was only 60% full at 10 AM. What was the ratio of the rate at which the inlet pipe fills the tank to that at which the leak empties the tank?