Looking for the list of Prime Ministers of India? Get the complete list here along with additional details.


Here are some important details related to the list of Prime Ministers in India : 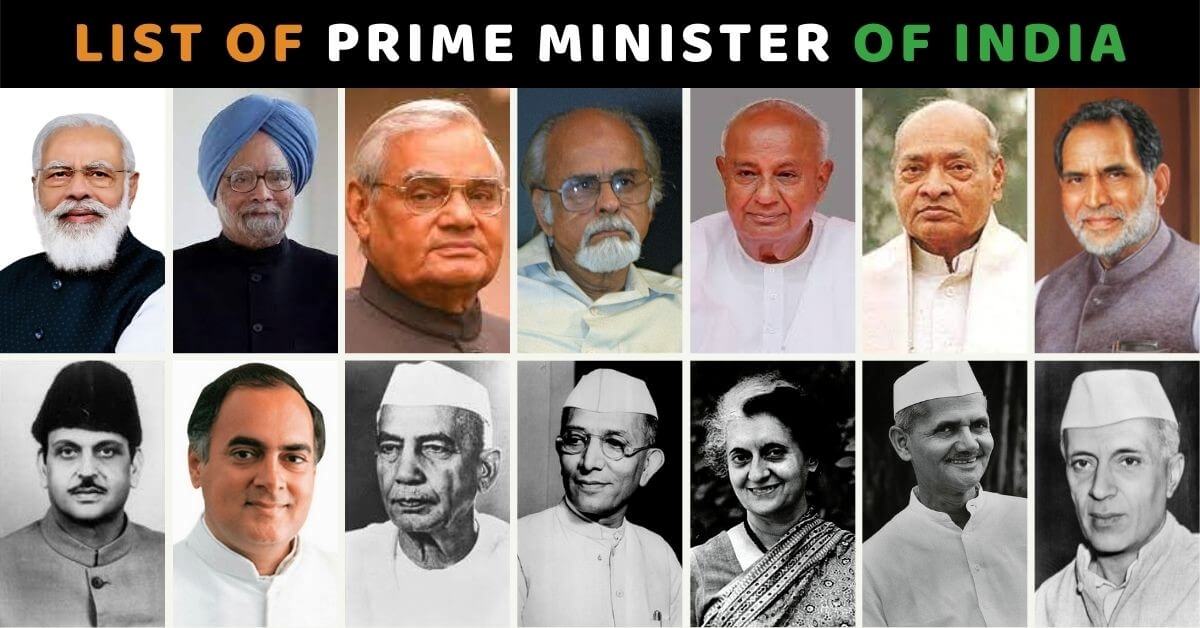 The 14th Prime Minister of India, Narendra Modi, took office on May 26, 2014. Indira Gandhi is India's only female prime minister, although Jawaharlal Nehru was the country's first and longest-serving leader. Check the complete list of Indian prime ministers.

This Council, which is collectively accountable to the Lok Sabha pursuant to Article 75(3), offers the President "assistance and advise" regarding the operations falling under the latter's purview; nevertheless, by virtue of Article 74 of the Constitution, such "help and advice" is binding. The responsibilities of the Prime Minister of India are laid out in Article 78 of the Indian Constitution. While performing his duties, he serves as a liaison between the President and the Cabinet.

Important Facts Related To The Prime Minister Of India

Allocation of Portfolios: He allocates portfolios among the ministers and distributes work among various ministries and offices.

In-Charge of Ministries: He is generally in charge of the following ministries/departments:

Leader of the Cabinet: The Prime Minister summons and presides over meetings of the cabinet and determines what business shall be transacted in these meetings.


Also Read:
List Of Padma Awards: Know The Most Recent Recipients And Other Details Here

Which article of the Constitution is related to the President?

The article 75 mentions that there shall be a Prime Minister of India. Appointed by the President.

Who is the de facto head of India?

The Prime Minister is referred to as the De facto head of the state.

Who was the first Prime Minsiter of India?

Is Prime Minister a part of Council of miniters?

Yes. the Prime Minister is a part of council of Ministers.

Can the Prime Minsier be from the Rajya Sabha?